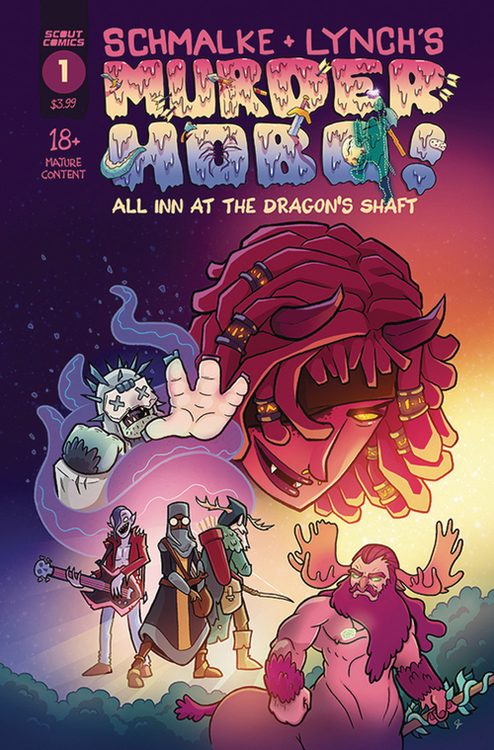 Murder Hobo is back with more wild and deadly tales! At a local tavern, brave warriors in The Lands of High Adventure are becoming more aware of several 'heroes' who are not what they seem. While sharing war stories, these adventurers realize they've each invited into their parties rogue agents who put them directly in harm's way, often resulting in dead heroes and stolen treasure. We meet three more Murder Hobos: a hot-headed half-demon, a poo-flinging Orc, and an invisible fishman. These agents of Chaos have different methods, but share the same goal, satiating their sordid desires by drinking, drugging, whoring and keeping all the loot for themselves.