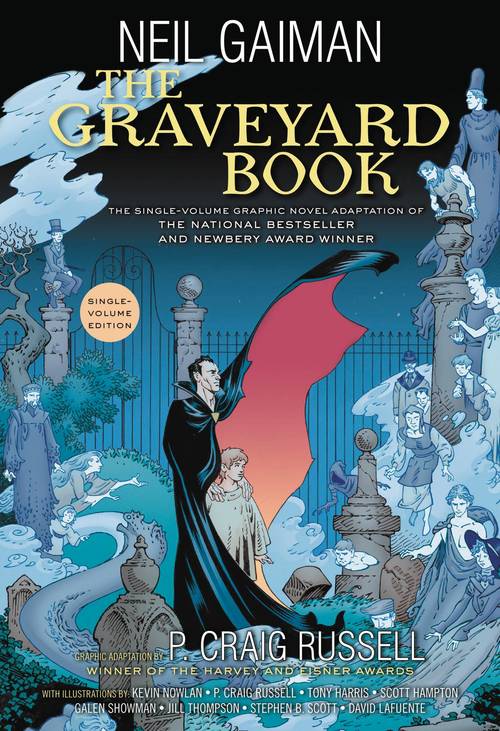 The two volumes of the graphic novel adaptation of The Graveyard Book are now bound into one stunning paperback edition. Nobody Owens is a normal boy, except he lives in a sprawling graveyard and has been raised since infancy by ghosts and a guardian who belongs to neither the world of the living nor the dead. There are adventures in a graveyard for a boy-an ancient Indigo Man, a gateway to the abandoned city of ghouls, and the strange and terrible Sleer. There are dangers though, too, and if Bod leaves the graveyard, he may fall prey to the man Jack, who has already murdered Bod's entire family. Effortlessly inventive, chilling, and magical, Neil Gaiman's Newbery winning and bestselling Graveyard Book is a classic in the making.