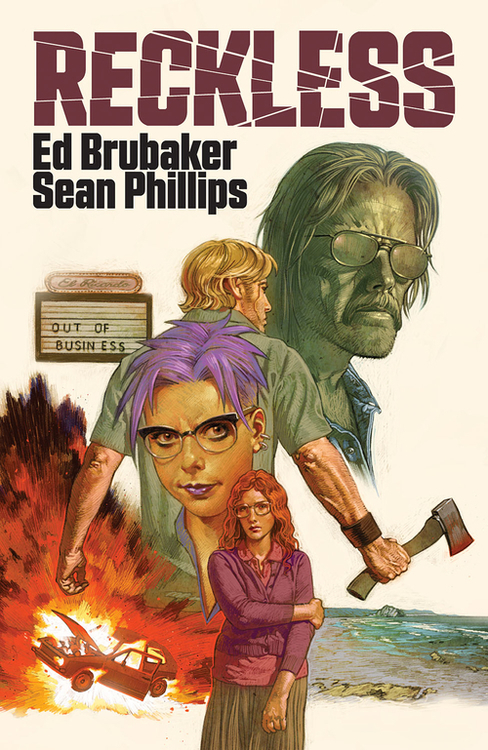 'Sex, drugs, and murder in 1980s Los Angeles And the best new twist on paperback pulp heroes since The Punisher or Jack Reacher. Ed Brubaker and Sean Phillips, the modern masters of crime noir, bring us the last thing anyone expected from them - a good guy. In a bold new series of original graphic novels, with three books releasing over the next year, each a full-length story that stands on its own. Meet Ethan Reckless: Your trouble is his business, for the right price. But when a fugitive from his student radical days reaches out for help, Ethan must face the only thing he fears his own past. 'Imagine Redford at his peak, ambling through sun-drenched, eighties L.A. in a serpentine plot that is equal parts Long Goodbye and Point Break. No one does crime fic like Brubaker and Phillips and their collaboration has never felt more new. Explosive. Vital. And yes... reckless. I love this book.' - Damon Lindelof (Lost, HBO's Watchmen) ''Reckless is an absolute rush: on the same level as golden age Travis McGee novels and the hardest-hitting Richard Stark stories. This one comes at you as fast as Steve McQueen in a souped-up Mustang and as hard as Charles Bronson with a baseball bat. You gotta have it.'' - Joe Hill (Locke & Key, N0S4A2) Look for book 2 in the Reckless series in April 2021!'