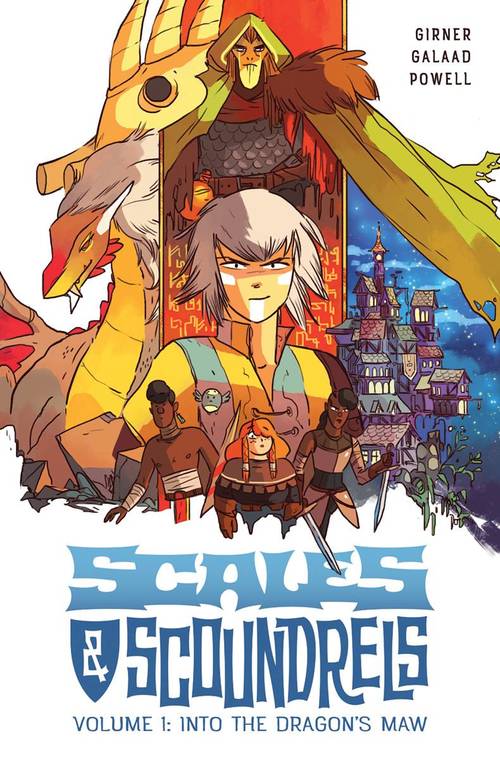 It's hard to make an honest living in a land brimming with magic and mystery, and treasure hunter Luvander is tired of being a penniless adventurer. Ever in search of gold and glory, she sets off for a fabled dungeon, 'the Dragon's Maw,' an ancient labyrinth at the bottom of which slumber endless wealth…or certain doom! A loner by nature, Luvander is forced to team up with a group of scraggly adventurers, each hoping to find a treasure of their own in the forbidden tomb. There is Prince Aki, of the Scarlet Sands Empire, anxious for his first taste of adventure, yet blind to the consequences; his royal Shadow, Koro, whose very honor hangs in the balance of her prince's quest; and Dorma Ironweed, a stocky young dwarf whose journey will take her deeper into the darkness than she ever dared to tread. What starts out as a road to riches becomes the first step on an epic journey to destiny, for Luvander holds a secret in her heart that will shatter the chains of fate and bring light to a world encroached upon by an ancient darkness. Writer SEBASTIAN GIRNER (SHIRTLESS BEAR-FIGHTER!) and artist GALAAD are proud to present SCALES & SCOUNDRELS, an exciting new fantasy adventure from Image Comics, for scoundrels of all ages! Collects SCALES & SCOUNDRELS #1-5