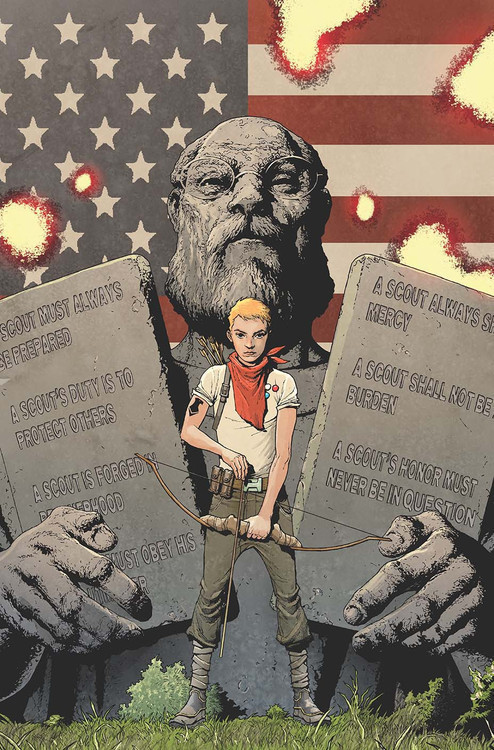 Years after a nuclear apocalypse, a new society has risen from the ashes...and their bible is an old Ranger Scout manual. A young Ranger Scout named Kit has endured the harsh survivalist upbringing needed to con-quer the irradiated Colorado Badlands. But after discovering a terrible secret once lost to histo-ry, Kit must risk everything on a dangerous quest to uncover the truth behind the Ranger Scouts' doctrine. From multiple Ringo Award-nominated writer David Pepose (Spencer & Locke, Going to the Chapel, The O.Z.) and artist Luca Casalanguida (James Bond, Lost Soldiers) comes a post-apocalyptic coming-of-age tale that proves when all you know is a lie, a Scout's Honor is the only way to move forward.