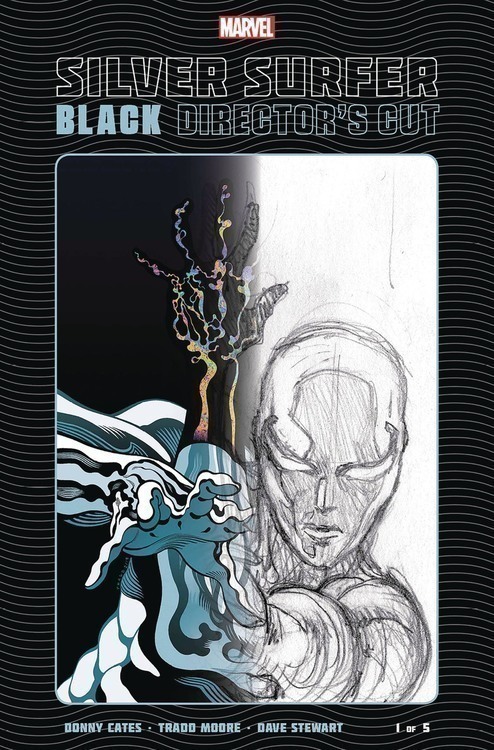 A life-altering saga for the Silver Surfer - represented in full splendor befitting the Sentinel of the Spaceways! Spinning out of events in GUARDIANS OF THE GALAXY, many of the universe's greatest defenders have been blown through a black hole, including the Surfer! But Norrin Radd's story doesn't end there. Lost in space and time, he faces a battle unlike any he has known before - a fight to save his own soul! The transformative series from comic book superstars Donny Cates (VENOM, GUARDIANS OF THE GALAXY) and Tradd Moore (ALL-NEW GHOST RIDER, VENOM) is given the Director's Cut treatment, featuring Moore's cosmic power-packed pencils - and more behind-the-scenes extras!