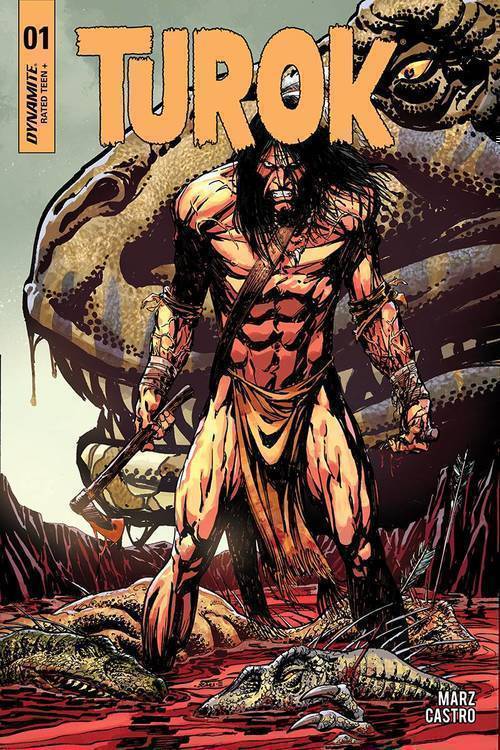 A new hero rises! Turok pursues his kidnapped brother in the Badlands of the Old West! In the waning days of the Indian Wars, the U.S. cavalry has captured Andar, but Turok will stop at nothing to rescue him. But that quest will lead Turok, Andar and even the soldiers to a strange, lost land inhabited by creatures beyond their imaginations. This is Turok as you've never seen him before ... and Turok as you've always seen him! Written by acclaimed storyteller Ron Marz (Green Lantern, Silver Surfer, Witchblade), with exquisite art by Roberto Castro (Red Sojna, Flash Gordon).