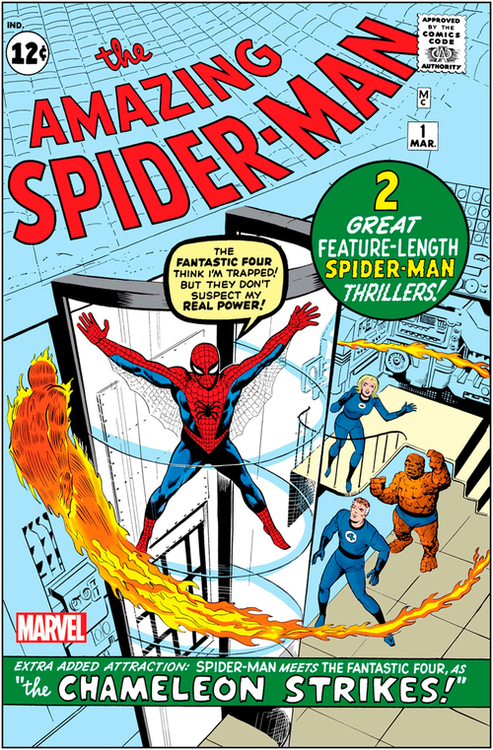 Re-presenting the inaugural issue of Spider-Man's iconic ongoing series, which followed fast after the wall-crawler's blockbuster debut in AMAZING FANTASY #15! Peter Parker has been bitten by the radioactive spider, gained incredible abilities, donned his colorful costume and learned a tragic lesson about power and responsibility - and now it's time for him to swing into action! But can our young hero rescue a crew of astronauts aboard their malfunctioning shuttle? Even if he does, he'll still end up Public Enemy No. 1 as far as journalist J. Jonah Jameson is concerned! Then, Spidey shows off his skills in a bid to join the Fantastic Four - and comes face-to-faces with his very first super villain: the identity-stealing Chameleon! It's one of the all-time great Marvel comic books, boldly re-presented in its original form, ads and all! Reprinting AMAZING SPIDER-MAN (1963) #1. One Shot