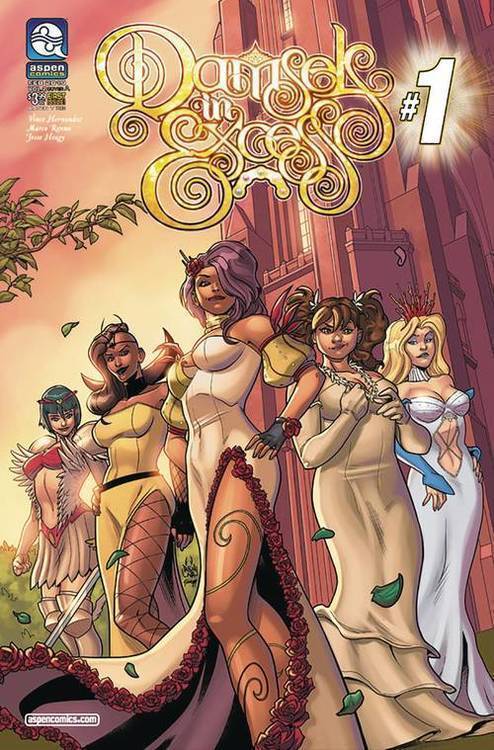 Five realms. Five princesses. Zero menNo Longer! Return to the land of the Five Realms, where the existence of men has long since been evaporated from the hearts and minds of women-Until now! The men have returned, and the Five Princesses tasked with ruling their respective kingdoms in their stead must deal with the ensuing chaos! However, following the events of Volume One, these ladies still have a war amongst themselves to finish! From the team behind Aspen Universe: Decimation, creator/writer Vince Hernandez (Fathom: Kiani, Charismagic) and Marco Renna (Fathom) comes the thrilling second chapter to one of Aspen's most popular fantasy franchises filled with adventure, magic, talking creatures and surprises in every realm!