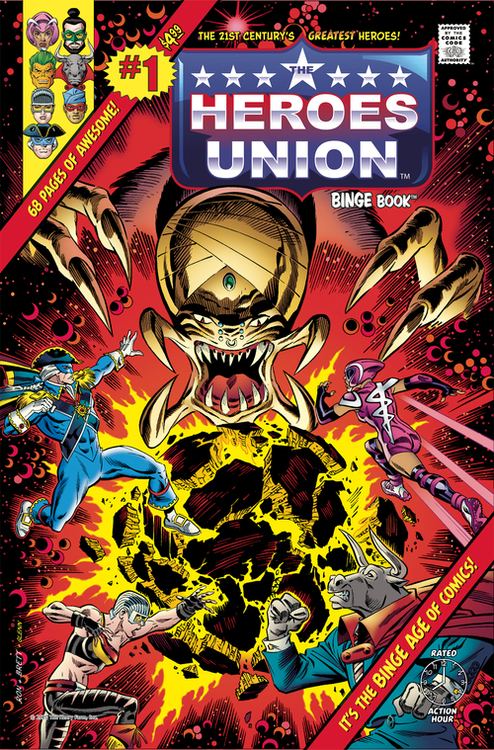 Naucrate the Auteur Cosmic - half the universe celebrates her genius, the other half cowers before her world-shattering power. And the only ones who can stop her are Earth's foremost super-group The Heroes Union! Legendary creators Roger Stern (The Avengers), Ron Frenz (Thor) and Sal Buscema (Captain America) unite to chronicle the adventures of a marvelous new generation of heroes in a cosmic epic bursting with so many breathtaking twists and thrills, it should probably come with seat belts! This 68-page, standalone story introduces all-new 21st Century Heroes in an exciting new, square-bound 'Binge Book' format!