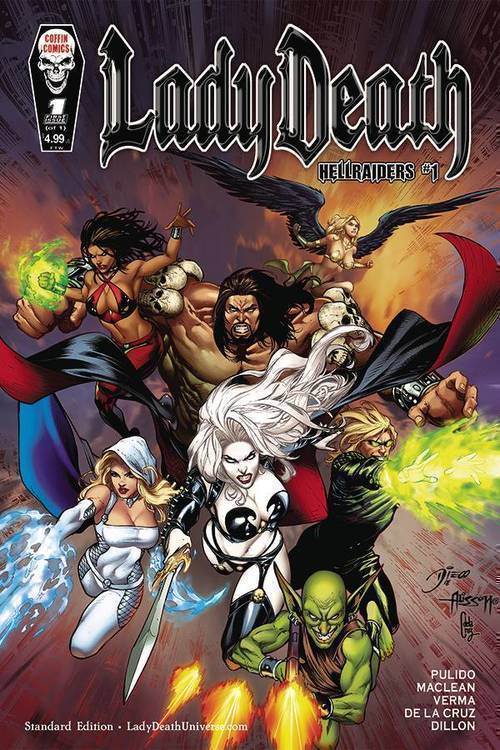 The Trinity triggers an extinction level supernatural event that threatens the earth. Rada, a technology manipulating voodoo priestess, is leader of a clandestine group of 'unnaturals' who safeguard humanity. She has a vision that Lady Death is the key to defeating the menace. Rada must assemble a team with specific powers and abilities to raid hell and convince Lady Death to save the planet she detests. Is this even possible? The answer may surprise you! Featuring Coffin characters War Angel, Caprice, Wargoth, Hellslinger, Brock, Atticus Marrow, Chaotica, and Thanatos.