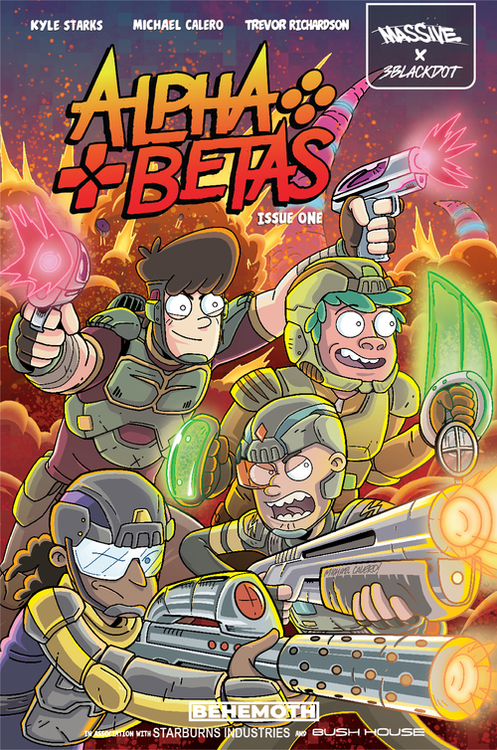 "'Origins,' Part 1. It's Rick and Morty meets Tron as top gamers Eddie, Buck, Mason, and Tommy find themselves caught in the middle of a high stakes battle between the U.S. government and a digital terrorist inside the virtual realm of video games. Now they must save the pixelated world of NIMBUS to prevent catastrophic consequences in the real world. Based on the new animated series with over 6 million views, Alpha Betas is a collaboration between popular Youtube creators, Evan 'VanossGaming' Fong, Marcel 'BasicallyIDoWrk' Cunningham, Tyler 'I AM WILDCAT' Wine, and Brian 'Terroriser' Hanby, with more than 40 million subscribers across their channels, and the voice talents of Hollywood heavy hitters like Paget Brewster (Community), Stephanie Beatriz (Brooklyn Nine-Nine), and Chris Parnell (Rick and Morty)."