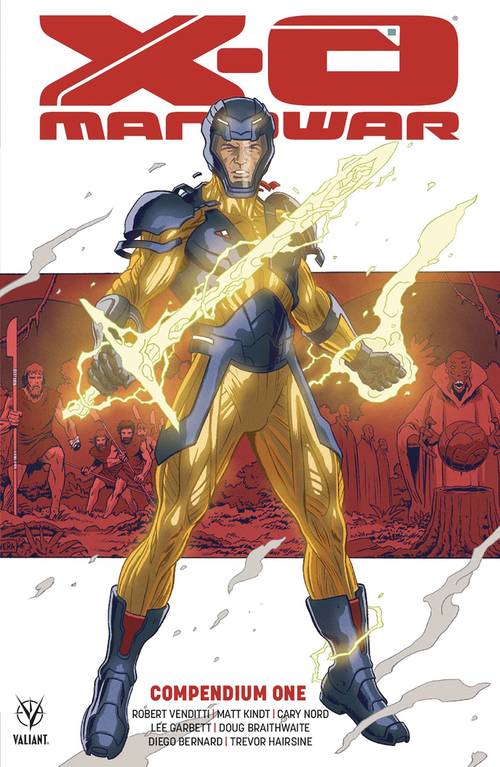 Introducing the first compendium collection of the chart-topping, award-winning series that relaunched the Valiant Universe! Go back to where the war began with this first, massive 800+ page volume in a value-priced paperback series collecting the complete adventures of Valiant's armored Visigoth, starting with the best-selling 2012 debut that the A.V. Club calls 'stunning!' Born under the oppressive thumb of the Roman Empire, Aric of Dacia learned warfare at an early age. It was amid such violence that he was abducted by an alien race known as The Vine. Forced into slavery, he survived where others perished. His escape would come from bonding with a weapon of immeasurable power: the X-O Manowar armor. With it, he returned to Earthonly to find himself stranded in the modern day. The Vine destroyed Aric's world. Now he will give them war. Join New York Times best-selling writers Robert Venditti (Green Lantern) and Matt Kindt (UNITY, Grass Kings) and a cast of Valiant all-star artists - including Eisner Award winner Cary Nord (Conan, Star Wars), Doug Braithwaite (BLOODSHOT U.S.A.), Lee Garbett (Lucifer), Diego Bernard (NINJAK), and Trevor Hairsine (DIVINITY) - as they come together for one of the best-selling and longest-running superhero series of the modern era! Collecting X-O MANOWAR (2012) #1-29, UNITY (2013) #1-4, and ARMOR HUNTERS #1-4.