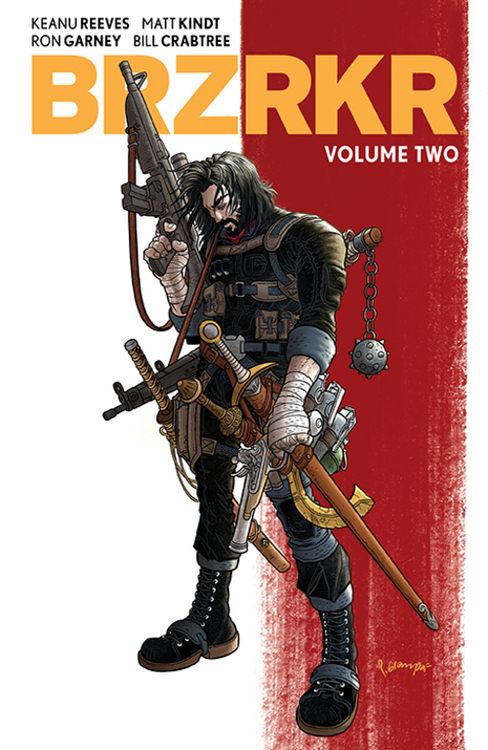 "Half-mortal and half-god, cursed and compelled to violence, the man known only as B. begins wandering the world anew. After enduring a series of experiments and missions, B.'s memories of his origins will be finally restored. But what does this revelation mean for his future? Keanu Reeves continues his comic book writing debut alongside New York Times bestselling co-writer Matt Kindt (Folklords, Grass Kings) and legendary artist Ron Garney (Wolverine, Captain America) in a brutally violent new series about one immortal warrior's fight through the ages. Collects BRZRKR #5-8"