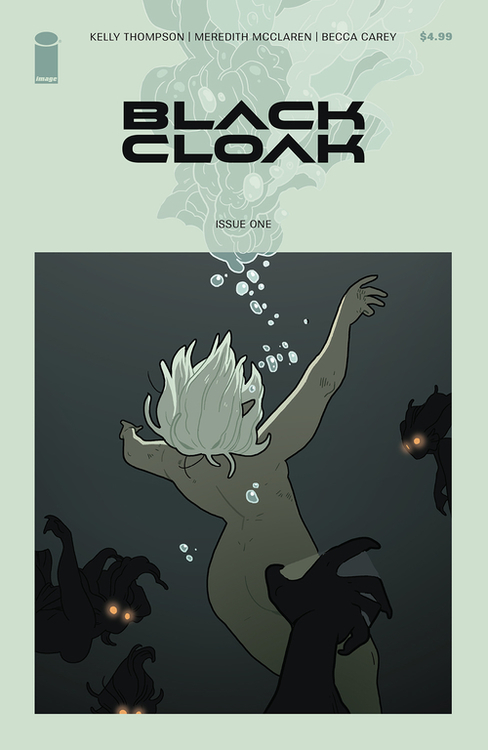 "SERIES PREMIERE Eisner Award-winning writer KELLY THOMPSON heads to Image for the first time with BLACK CLOAK, an all-new series with artist MEREDITH McCLAREN! Blade Runner style mixes with SAGA-esque drama in a delectable fantasy/sci-fi blend as two Black Cloaks try to solve the murder of a beloved prince in Kiros, the last city in the known world, before his murder tips the city into war. The mystery begins in a spectacular TRIPLE-LENGTH FIRST ISSUE for $4.99!"