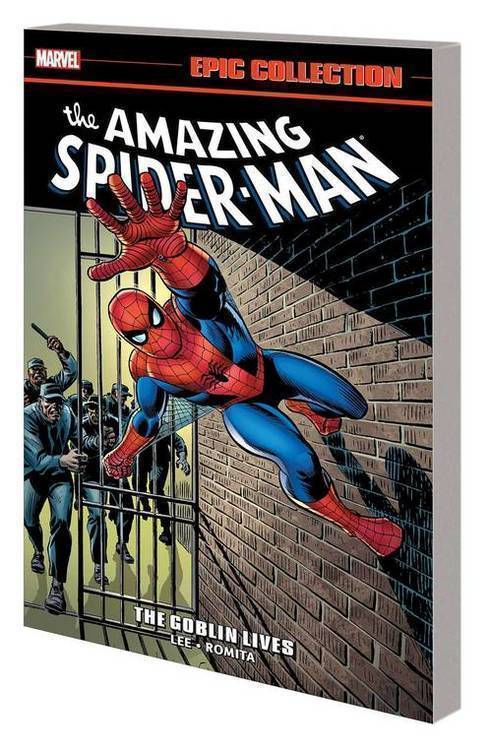 It's horror on the home front when Peter Parker becomes the third wheel to comics' oddest couple! Yes, Aunt May has found a new special friend: Dr. Otto Octavius! While a klonk on the head may help Spidey forget that one, teaming up with Doc Ock isn't going to improve his image as Public Enemy No. 1! Spidey battles his way through Ka-Zar, the Vulture and Mysterio, but his deadliest battle is yet to come: Norman Osborn has regained his memory - and the Green Goblin has returned! Spider-Man's most dangerous foe, the only villain to uncover his identity as Peter Parker, is back with a vengeance - and the two will face off in a gigantic, 58-page magazine masterpiece! Collecting AMAZING SPIDER-MAN (1963) #53-67, SPECTACULAR SPIDER-MAN (1968) #1-2, MARVEL SUPER-HEROES (1967) #14 and material from NOT BRAND ECHH #6 and #11. Rated T