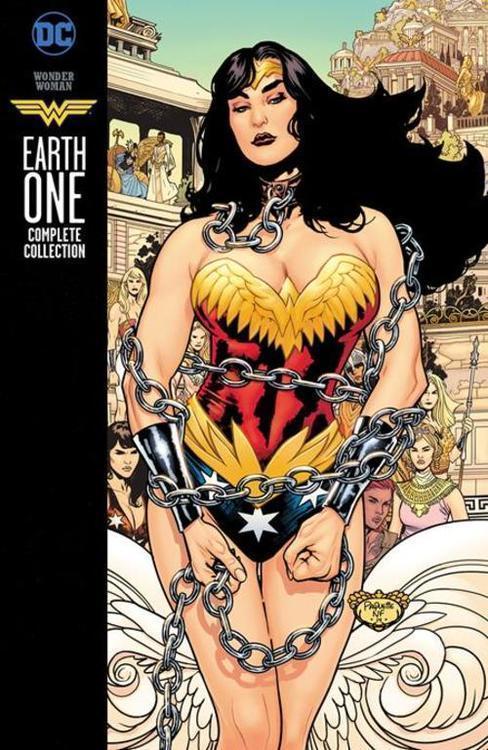 The epic collection of the New York Times bestselling original graphic novel series from superstar and critically acclaimed duo Grant Morrison and Yanick Paquette is here!For years, Diana of Paradise Island yearned to leave the only home she knew behind for adventures that laid beyond its shores. Now, after a fateful meeting with Air Force pilot Steve Trevor, the Amazon Warrior finds herself in Man's World. And she is ready for anything that it may throw at her.But is the world ready for Wonder Woman? An American government, fraught with dissension and conflicts foreign to Diana, has deemed her a danger to society. How will Wonder Woman carry out her mission of peace and love in a world that can't get out of its own way? That is, unless there are more insidious forces at play...And once Diana, becomes queen of the Amazons, she'll be faced with challenges like never before! Diana must assemble the disparate Amazonian tribes for the first time in a millennium. Max Lord's assault on Paradise Island with his destructive A.R.E.S. armors is on the horizon, and to weather the war that is coming, Wonder Woman will need the full might of her sisters by her side! Can Diana finally bring her message of peace to Man's World, or will Max Lord's war burn the world and the Amazons to ashes?Continuing the tradition of the critically acclaimed Earth One tales that challenge the status quo of the comics industry, Wonder Woman: Earth One Complete Collection is Grant Morrison and Yanick Paquette's complete collection of this visionary and enterprising graphic novel series.