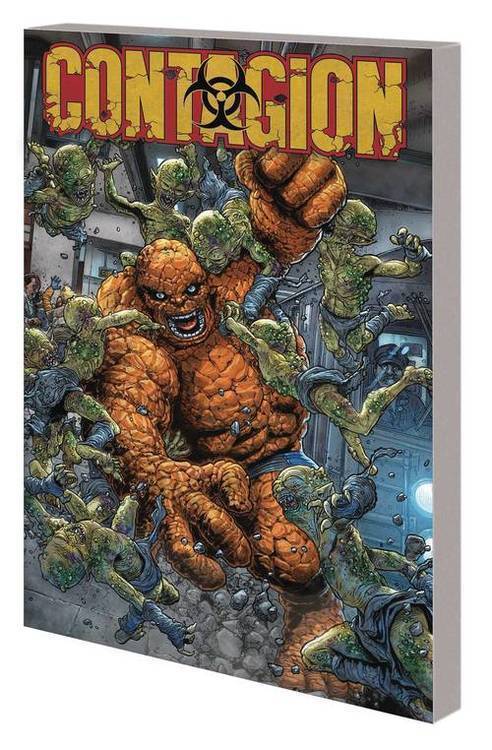 A tale of terror unlike any the Marvel Universe has ever seen! An evil beyond understanding has arrived on Earth - and now it's poised to overwhelm the planet! A strange substance is taking over heroes and citizens alike - draining them of their life force, stealing their knowledge and abilities - and neither science nor magic can stop it! Where did this horror come from? Can anything destroy it? And who will fall to its awful, overwhelming power? As the dread contagion spreads, it's going to take every one of New York's defenders and protectors to maintain life as we know it! But how many will they lose in the process? Collecting CONTAGION #1-5. Rated T+