Batman Vs Bigby A Wolf In Gotham (Mature)

Batman Vs Bigby A Wolf In Gotham (Mature) 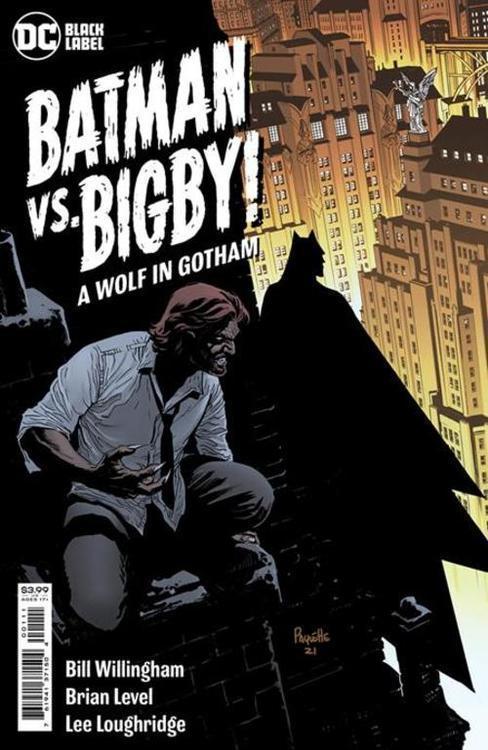 With the blood dry at Gothams fourth gruesome murder scene in as many weeks, Batman is stumped. The same hallmarks haunt each investigation: brute-force entries, bodies ripped to shreds and stamped with enormous bite marks, and clumps of furwolf furscattered in the wreckage. The streets buzz with rumors of the "Werewolf of Gotham." Determined to crack this case, Batman finds no leads and a mysterious, hairy, chain-smoking figure dogging his every move. The Dark Knights dangerously close to losing his cool when a series of bombings levels the citys libraries in the days leading up to the 32nd annual Gotham Literary Festival. As Batman narrows in on the Bookworm and his literary henchmen, he discovers that an invaluable book from another world is at the center of the violence. Stranger still, the wolf is in on it. But what kind of monster is built from such brains and brawnand is he an enemy or an ally? Worlds collide as a Gotham mystery kick-starts a return to the world of Fables!