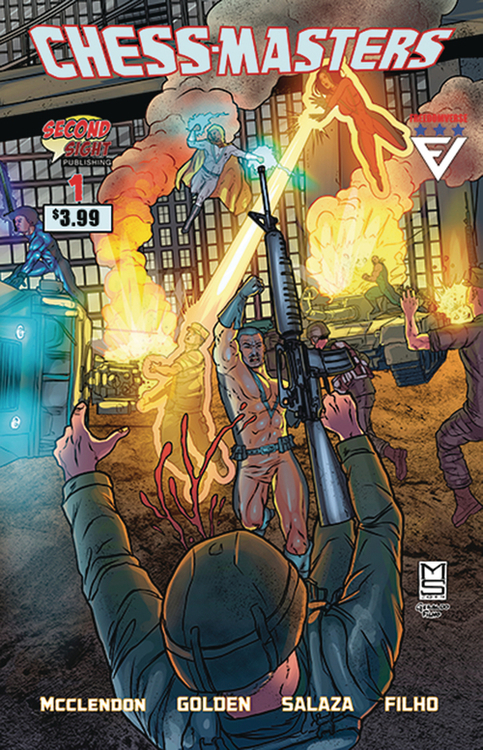 In the 25th century, society has finally emerged as a civilized population. No more wars, illness, hunger, or racial hatred. However, the evil Pawn-Master has seen this as an opportunity to control the weak and has been using his eight royal pawns to wreak havoc throughout the city. Conversely, the government has put together an extraordinary team of individuals known as The Chess-Masters to battle against this corruption and oppressiveness.