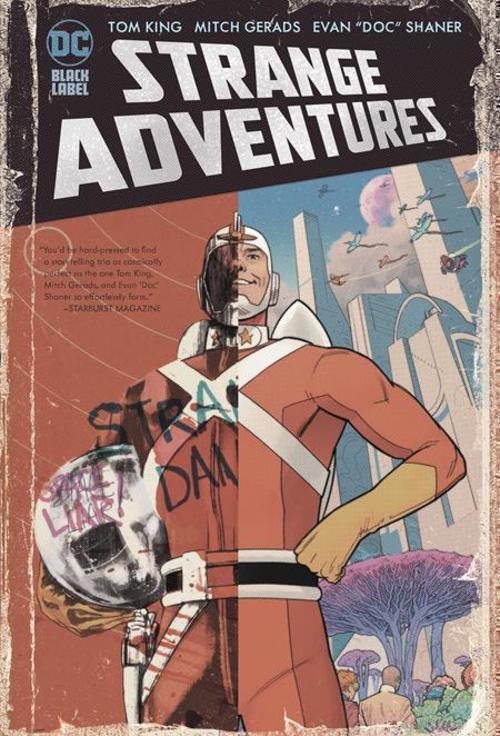 Bestselling writer Tom King is back with a new epic that reinvents one of DC's classic science-fiction adventurers, Adam Strange, examining whether his actions were heroic or disgraceful.This new science fiction epic written by bestselling author Tom King reinvents one of DC's classic adventure characters, Adam Strange. Born on Earth and hero of the distant planet Rann, Adam Strange is famous throughout the galaxy for his bravery and honor. After leading his adopted home to victory in a great planetary war, Adam and his wife, Alanna, retire to Earth, where they are greeted with cheers, awards, and parades. But not all is as it seems, as the decisions Adam made during battles on Rann come back to haunt his family. It will take an investigation by one of the most brilliant heroes in the DC Universe, Mr. Terrific, to uncover the truth and reveal whether Adam Strange is a hero or a disgrace. The Mister Miracle team of writer Tom King and artist Mitch Gerads are joined by fan-favorite artist Evan "Doc" Shaner to bring you an epic tale in the tradition of Watchmen, The Dark Knight Returns, and DC: The New Frontier--a story of blood, war, and love that readers will be talking about for years to come. Collects Strange Adventures #1-12.