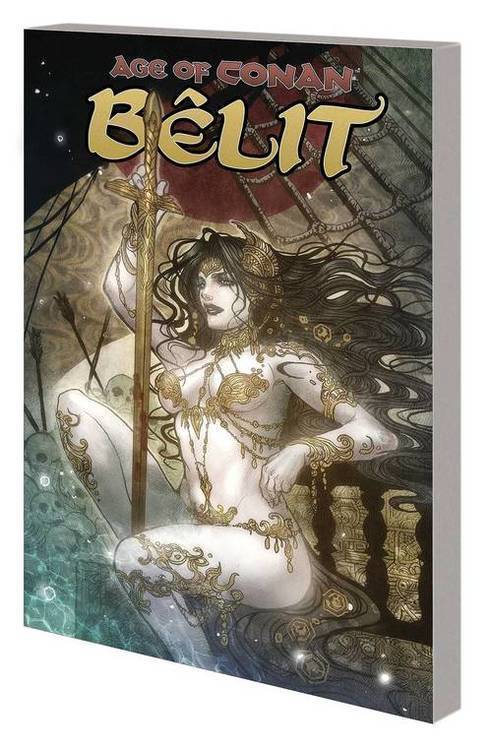 The spitfire who would be queen! Blit - the name alone conjures fear up and down the coasts of the Hyborian Age. And the sight of her ship, the Tigress, is an omen of despair for any town in the pirate queen's path! The Age of Conan begins with one of the barbarian's most formidable compatriots in a new story revealing how she became the undisputed Queen of the Black Coast! Teenage Blit is obsessed with the sea - as well as the monsters and treasures she thinks are summoning her there! But when she stows away on the dread Admiral Atrahasis' ship, it leads her into a deadly adventure even she could not predict! Will Blit's impetuous nature lead the crew to victory - or sink her ambitions before they've begun? Collecting AGE OF CONAN: BLIT, QUEEN OF THE BLACK COAST #1-5.