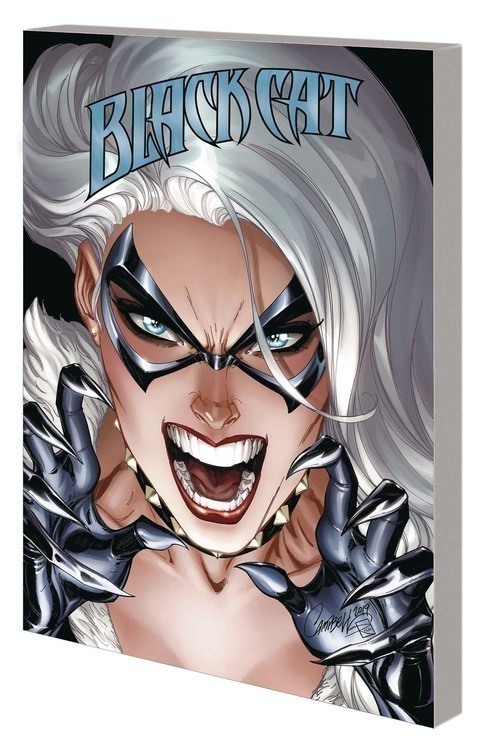 The Black Cat is back and better than ever! The Thieves Guild of New York has kidnapped Felicia Hardy's mentor in crime, the Black Fox; to get him back, she'll have to get through an army of ninjas and a cabal of wizards! Prepare for the Black Cat's final showdown against the Guild and their leader Odessa Drake! Then, when Felicia needs to get someone she loves out of the city immediately, can she trust the Beetle to help? And a trip to Madripoor puts the Black Cat at odds with Wolverine! Will Logan and Felicia keep their claws sheathed long enough to learn who's pulling both their strings? Plus: Why is the Black Cat proposing marriage to Spider-Man? Is it true love, or just part of her next big scheme? Collecting BLACK CAT #6-10 and ANNUAL #1.