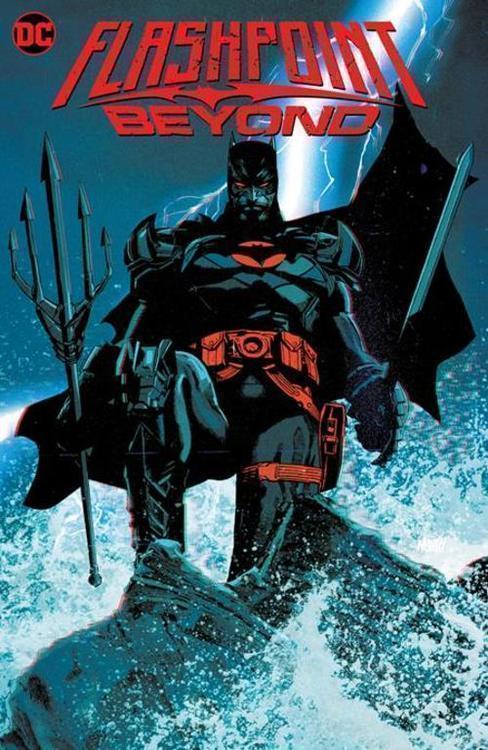 The reality-shattering world of Flashpoint is back! Legendary DC writer Geoff Johns returns to the story he made famous in 2011, as the Flashpoint Batman searches for answers in a world that shouldn't exist!The world of Flashpoint returns! After sacrificing everything to help the Flash put the universe back together and save Bruce Wayne's life, Thomas Wayne wakes up in a world he thought was no more. Forced to don the cowl once again, Batman prowls the streets of Gotham searching for answers to how this world still exists, but what he starts to uncover will send him hurtling around the globe. The hunt for the Clockwork Killer brings Batman to Europe and face to face with the mad king, Aquaman. On the eve of Aquaman's sinking of London, Batman infiltrates his stronghold and goes on the warpath for answers. Nothing matters to Batman, whose world is already dead, but if he can track down the Clockwork Killer, Thomas can save his son's world and put everything back together again.Legendary writer Geoff Johns comes back to the alternate world he created, partnering with prolific artist Eduardo Risso for prelude story Flashpoint Beyond #0, and writers Jeremy Adams and Tim Sheridan for the main story, with stunning art by Xermanico.This volume collects Flashpoint Beyond #0 and #1-6.