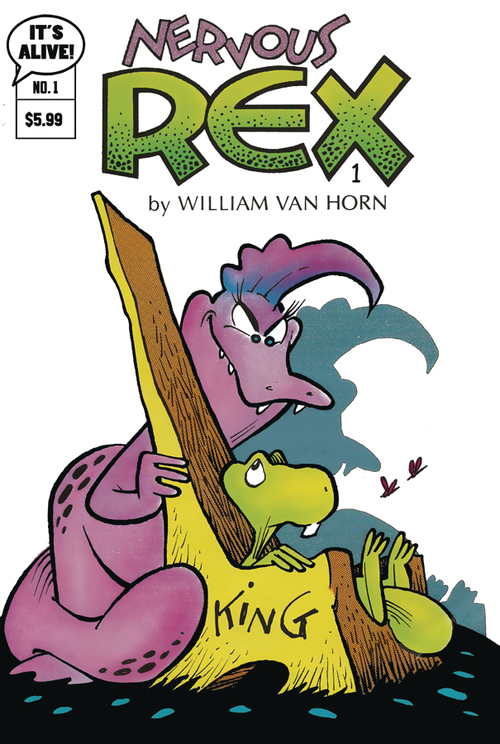 "Rexford the T. Rex is back in print after 37 years! This was the first comics work from animator William Van Horn, who would go on to make a name for himself at Disney, drawing Donald Duck and Uncle Scrooge comics! Mild-mannered tyrannosaur Rexford doesn't really fit in with the Jurassic age, as he'd rather just eat oatmeal and hang out with his friends. His wife Dearie is always after him to be a more aggressive meat-eater and add to the fossil record. Also featuring a backup story starring the diminutive King Billy. Featuring a retro cover, along with an all-new variant cover by original creator William Van Horn and original colorist Barbara Marker!"