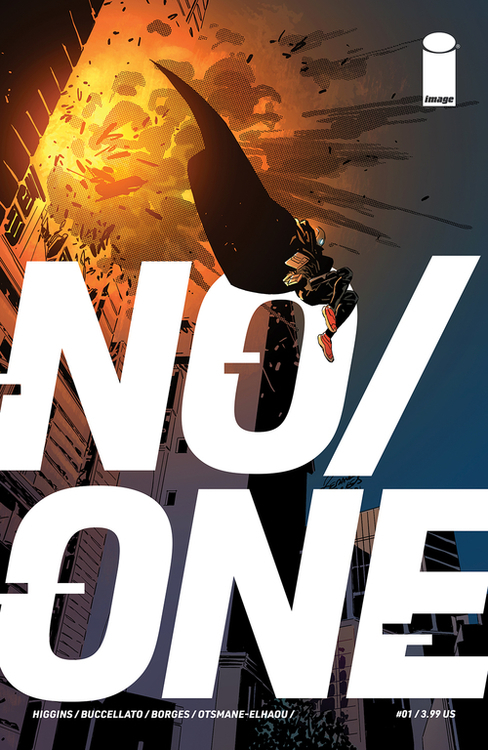 "MINISERIES PREMIERE Ten months ago, the Richard Roe murders shocked the city of Pittsburgh. In the months since, the killings have sparked a dangerous political movement, copycat killers, and a masked vigilante who's still determined to hold the powerful accountable. Not a symbol. Not a hero. They could be anyone. They're NO/ONE. Superstar writers KYLE HIGGINS (RADIANT BLACK) and BRIAN BUCCELLATO (Chicken Devil) and rising-star artist GERALDO BORGES (Nightwing) bring you the extra-length first chapter of a true crime superhero drama in its own corner of the MASSIVE-VERSE! PLUS! The story continues in 'Who is No/One,' a monthly companion podcast starring RACHAEL LEIGH COOK (She's All That) and PATTON OSWALT (Netflix's The Sandman, Minor Threats, Marvel's M.O.D.O.K.)! NO/ONE is a Massive-Verse series. "