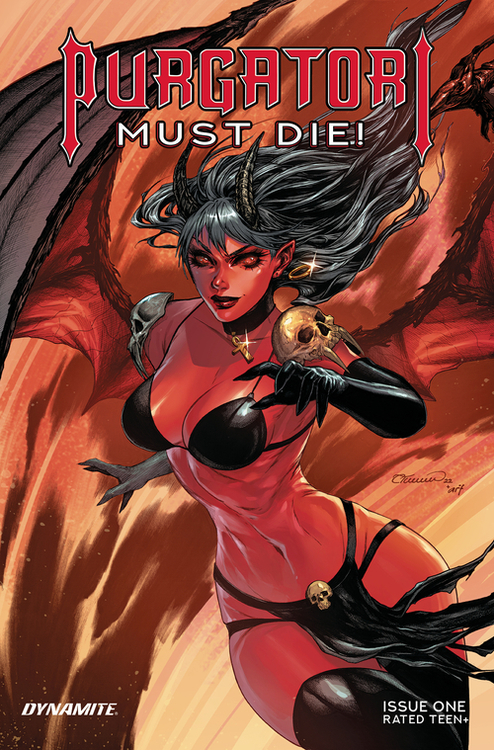 "Purgatori's always pissing somebody off - but this time she may have gone too far! It may have some connection to her growing insanely powerful and probably starting to kill and eat the gods. In fact, that last part for sure. And gods are like potato chips, right? It's not like she's going to stop at one. And so, the various pantheons have pooled their not inconsiderable resources to offer up a big prize to whatever psycho manages to kill her. Who wants to try? Hey, who doesn't?! The creative team behind Vampirella Vs. Purgatori and the recent Purgatori miniseries reunite for the grand third act of this Purgatori saga! Guest-starring Evil Ernie, Vampirella, the Sacred Six... and more!"